It’s not fun to ride the salary roller coaster 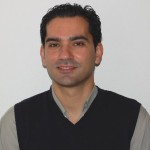 Since around this time of the year, tax return commercials invade our televisions, I thought I could share an experience that is related to that.

Since around this time of the year, tax return commercials invade our televisions, I thought I could share an experience that is related to that.

However, after looking at this month’s paycheck I came across a stark reality: my salary was $600 less than last month’s.  While some of you may be in a slight state of shock, others may relate, as this is shamefully not too uncommon in academia.

Allow me to elaborate. For the past two years I was being paid through the aforementioned postdoctoral fellowship awarded to me by the American Heart Association (AHA). Right after my fellowship started I looked at my earnings statement and realized that I was paid more than I expected. That was because I was not being taxed nor was I having money put into my retirement funds.

Acknowledging that this was rather unusual and fearing a backlash, I contacted the payroll division at my university. They simply told me that they don’t retain taxes for fellowships, and that was it. It is important to note here that they were the ones who received the money from the AHA, however, they still don’t consider me as an employee.

Confusing? Very much so.

After some (non-scientific) research and talking to other postdocs, I learned that from that point on it, it would be my responsibility to figure out and pay quarterly my estimated taxes. While my initial reaction was shock and anger at the fact that it seemed like it was my payroll’s responsibility to do all that, with time, I found out that it actually worked on my advantage.

While paying estimated taxes, I was responsible for calculating how much tax I should be paying. Keeping the numbers accurate, it turned out
that proportionally, my estimated payments were smaller than what the university would be retaining. Bottom line is: I wouldn’t be getting a fat tax return check at the end of the fiscal year, but I would keep more money in my pocket every month. I can see how this may resonate with every academic trainee. It bugged me that I wasn’t having money set aside for retirement, but for my small family those extra dollars every month made a good difference.

Not until this month. My fellowship ended last year, so from this month on I am being paid through one of my PI’s grants. The biggest irony is that my gross salary went up, in accordance with the NIH table, but my net salary went down because now I am being applied full taxation. While for me it is depressing and demotivating, to go through this, there’s nothing illegal here. I just can’t get rid of that bitter taste in my mouth. Some will say “Oh, but you will get a big tax return at the end of the year.” That’s true. Meanwhile, I may have to stop taking my son to pre-school and his other activities, because those are due every month, and not at every tax return.

The worst part is that this wasn’t the first time this happened to me. I went through the same situation when I had the other small grant and it ran out.

In any case, the main reason why I chose to write this text was to bring awareness to those specific situations. Several other postdocs who work close to me have had to face them. Since as academics, we are generally underpaid for our skills and knowledge, I think that the taxes we pay should also be adjusted accordingly. Thus, those types of fluctuations, which can make a huge difference in our day-to-day lives, would be minimized. There should be mechanisms that would prevent this from happening.

Time Management in the Lab

Try to get your weekends back: A tale of stem cells and their intensity

On bench work and writing